Outlook: What will affect business energy bills in 2018? 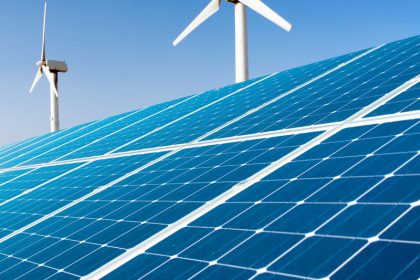 Laura Bazeley, risk manager at Mitie Energy, gives a snapshot of key market, political and regulatory developments that will impact business energy bills and strategies over the year ahead.

Energy markets face significant uncertainty in the first quarter of 2018 as the UK faces its first winter without any flexible supply from Centrica’s Rough storage facility, the UK’s only long-range gas storage that closed earlier this year. Without this additional flexible supply, the UK must maintain a relatively high premium to continental prices in order to receive sufficient imports. Mid-range temperature forecasts currently signal a change from the mostly colder temperatures of the past two months to a warmer than average Q1, which could help to cool markets down if this materialises.

In an excellent example of the risks of the more precarious security of supply position that the UK now faces in winter without Rough, a recent outage announced at the Forties Pipeline System sent spot market prices more than 20% higher within a day, while the front-month gas contract rose by around 10%.

While the rise in prices has seen continental exports to the UK almost double compared to those seen so far this winter, there is still a further upside risk to prices if the maintenance lasts longer than expected. Forties supplies around 10-15% of UK gas demand on a winter’s day, which will need to be sourced elsewhere, although the outage may be relatively short term as it is expected to be over in a few weeks. If the outage ends by the end of December as currently expected, we should see near term prices move lower again.

Along with and aided by the closure of Centrica’s Rough storage facility, the UK is seeing significantly fewer Liquefied Natural Gas (LNG) cargoes than in recent years, which we believe is likely to continue in the short-term.

With less potential storage arbitrage to incentivise LNG trading in the UK, we are seeing cargoes increasingly heading to other parts of Europe, mostly France. If temperature forecasts for Q1/18 turn out to be wrong and we see colder than normal weather prevail, prices will need to rise substantially to bring on more LNG.

Front-year European coal prices have moved up by 40% since their low earlier this year, dragging the gas and power curves up along with it due to the coal-switching price acting as a fundamental floor in the gas market.

Prices are now well above the $70/t level that has previously been stated as a preference by China, and Chinese policy continues to be a key driver in the markets. China plans to reduce annual coal mining capacity by 800m tonnes by 2020, which has caused markets to rise since 2016.

Coal markets are still strongly backwardated (meaning longer dated contracts are trading at a discount to near-dated ones) and the shape of the coal curve is reflected in the power and gas markets.

Oil prices are currently range bound as the markets digest the recent Organisation of the Petroleum Exporting Countries (OPEC) and Russia’s agreement to extend the production cut deal, while keeping the other eye on rising US production. Forecasts for global supply and demand in 2018 show that if US production continues to strengthen, the markets may still be in oversupply.

This would be a blow for those hoping for a straight road to recovery in oil prices and could weigh on the wider energy complex.

In addition to being driven by gains in gas and power markets, issues with the availability of French nuclear power that have driven French power prices up, as well as those in the UK due to France’s role as an exporter, are expected to see an improvement by the end of 2017.

There is a risk that French nuclear issues could rear their head later in 2018 when the next round of nuclear plants affected by the French Nuclear Safety Authority’s safety probe are due to undergo maintenance.

What do we expect non-commodity costs to do over the coming year?

We expect non-commodity charges for power to rise by around 15-20% next year for a typical large retail consumer, though the actual increase will vary significantly depending on distribution of sites and consumption profile.

This year’s budget gave a ray of hope for energy users still reeling from the ~250% increase in renewables subsidies over the past five years, when the Chancellor announced that no further schemes would be announced until the cost of current schemes begin to fall. However, this is not expected to happen until 2025.

Other large drivers for next year’s non-commodity cost increase will come from an increase in distribution charges.

The DCP 228 change to the charging framework governing distribution charges will essentially reshape the current Red/Amber/Green charging system, so that charges at peak “Red” times will be less than the current rates and the “Green” and “Amber” charges will increase. The change is set to cause a cost rise to all but the ‘peakiest’ energy consumers with half hourly meters, and reduces the possible savings from red rate avoidance.

The Capacity Market, a new scheme originally intended to start in 2018 but brought forward to cover 2017 will also be ramping up next year. Under the new scheme, generators that are successful in a capacity auction will receive payments to keep capacity available to the market during the peak winter periods, a charge that will then be passed on to consumers.

There is a risk of further cost increases in this scheme due to changes to the transmission charge benefits received by embedded generators. These generators are currently able to bid into capacity auctions at a lower rate than other generators due to receiving income from transmission charge benefits. With this being slowly removed over the next few years, they will likely have to increase their bids in capacity auctions.

Our forecasts indicate that this could add around £235k to capacity costs for a 100GWh retail customer in 2021, although Capacity Market auctions in the past few years have typically fallen below market expectations.

The forthcoming December/January print issue of The Energyst contains a range of market views on the outlook for commodity and non-commodity bill elements for the year ahead.

By BRENDAN COYNE see more at the energyst